Tombs Single Review
*taken from the album Dark Gods: Birth of The Architects by VON

Perhaps I’m assuming just a bit here, but it’s relatively safe to say that most of us can remember the first time we heard VON. Whether you were tape trading back in the day or you heard a digital rip from a friend in the last fifteen years (like I did), it’s hard to imagine somebody hearing songs like “Devil Pig” and not being moved in some way. Disgust and fanaticism seem to be equally inspired by a listen to VON’s work, which is a sign that they’ve been a USBM force worth note since their inception. For all the filth and fury of VON’s earliest recordings, the band’s recent resurgence has shown a deliberate step up in both production and songwriting alike. For the past number of weeks, the band has been debuting *ltd time videos of songs from their upcoming offering, Dark Gods II: Birth of the Architects, an album paired with a comic for added depth. Today I have received the highest honor and am able to share the album’s closing track, the massive force of nature simply titled “Tombs.” Melody and musical nuance may be used to accent the true shape of darkness here, but there’s no mistaking the violent horror that VON channels even with this instrumental song. Let yourself be enveloped by the void.

Frontman and creative force VENIEN has been joined in recent days by a steady lineup consisting of HangMan (guitars) and Dirty FvKn! Pistols (drums). As a fellow beer enthusiast, Dirty FvKn! Pistols was able to answer some of my questions and give brief insight into his favorite beers for different occasions via email. Enjoy the read while you get sucked into the spiraling vacuum of “Tombs.”

Black Metal & Brew (BM&B): If you could pick a beer to pair with a song like “Tombs,” what would it be?

BM&B: What are your favorite go-to beers on the road for easy drinking?

DFP: PBR has always been my go-to. In the states it tends to be what they have for us anyway. Nonetheless, it’s perfect… Not too heavy on the palate. You can still keep yourself in check. It’s the first beer I remember having… great on a hot day after you just mowed the lawn kinda thing or just played a long set. When we tracked this record, we drank PBR and Coors. We were in the desert. At night it was 100 degrees. We would hit it hard all day and then congregate at session’s end, grilln’ and crackin’ a few as we discussed the next track. It was a celebratory thing for us. I’m not a beer snob; I enjoy the frilly as well as the mass produced. It’s like when I hang w/my brother Norman. He always has a plethora of stuff in the fridge, and when I grab us another I ask him which one he wants. His response is always “cold”. We just like beer, no matter the brand. It’s been around for centuries. The monks used it as a tool to bring the masses to church because it was the only beverage at the time that didn’t make you profusely ill. In time, Louis Pasteur discovered the reason being that they boiled the water, hence pasteurization.

BM&B: In addition to working with VON, you work as Dirty FvKn! Pisols. If a beer or brewery could represent each band, what would they be?

DFP: I’m more than happy to work w/any brewery that would like to help represent us. J and I have been discussing this for a while, and we want to get a limited run of brew and shine. As far as the type of beer, Isay the darker the better. I like my beer like I like my women…cold and dark.

BM&B: Chicago is a relatively under-appreciated city in terms of beer. What are some of the best kept secrets in your area that should be celebrated by beer fanatics?

DFP: It isn’t for me to say what is or isn’t under-appreciated. There are a number of great breweries in the area. Revolution, Two Brothers, Half Acre, The Lucky Monk, Three Floyd’s, and the list goes on. They all have their own take, and it’s worthwhile to explore what these cats create.

Thanks to Dirty FvKn! Pistols for his time. If you’re lured by the appeal of “Tombs,” you can order new music from VON directly through the Von Records Store online, where many items seem to be on a special. Additionally, since this is the final song premiere of these many in the Dark Gods II: Birth of the Architects saga, I present VON’s own compendium of links to each song in the series for the full experience.  Each single comes with its own unique comic, so place an order and follow the story line along. 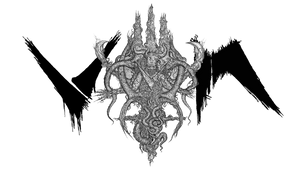