*Barbaric: Axe To Grind No.1 Blank Sketch Cover was previously only printed and used by Vault artists to sketch and sale to comic book fans at conventions. Whatnot Auctions via Vault Comics directly auctioned off blanks at the end of 2022 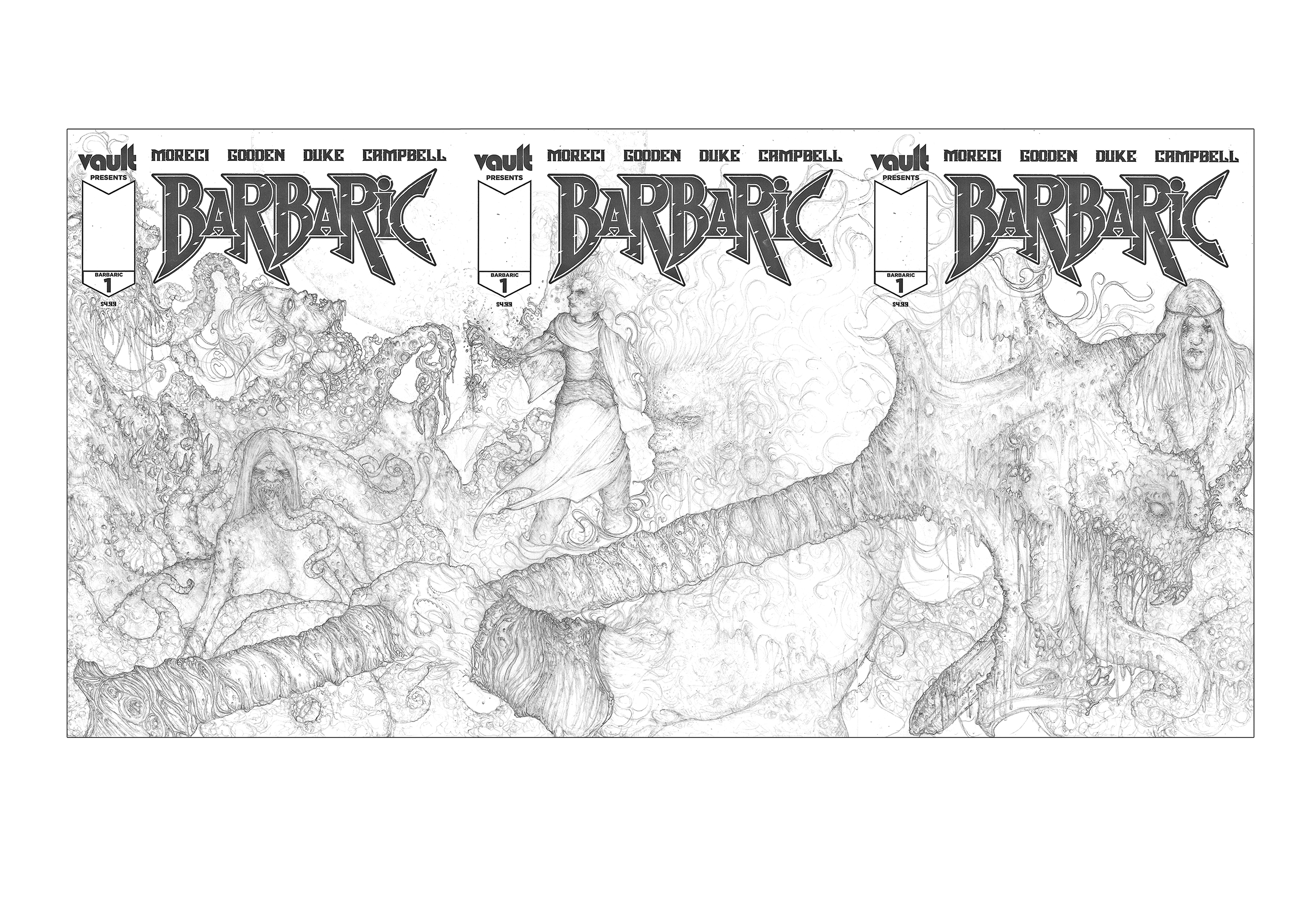 (YEAR OF THE AXE TRIPTYCH BUNDLE) 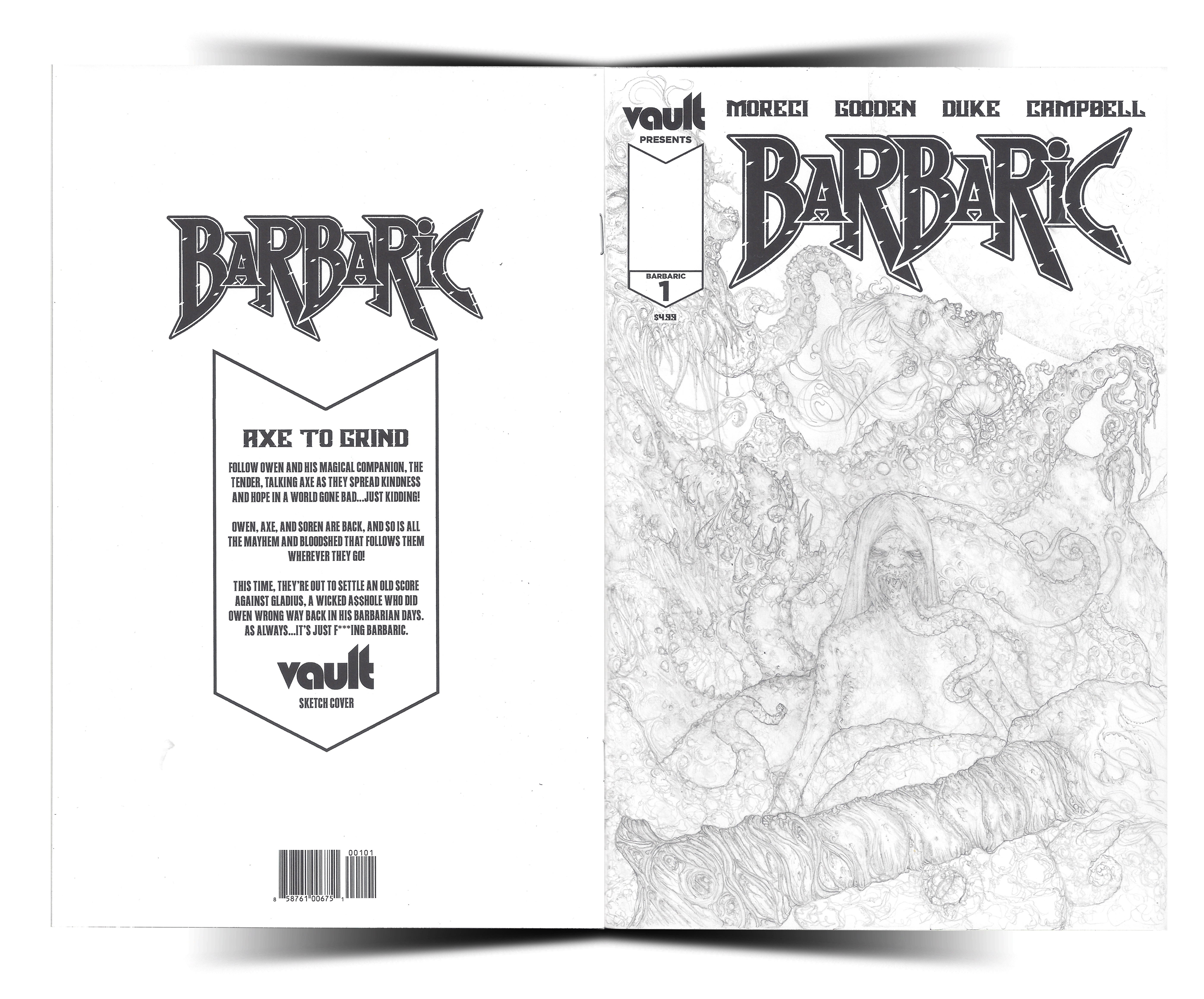 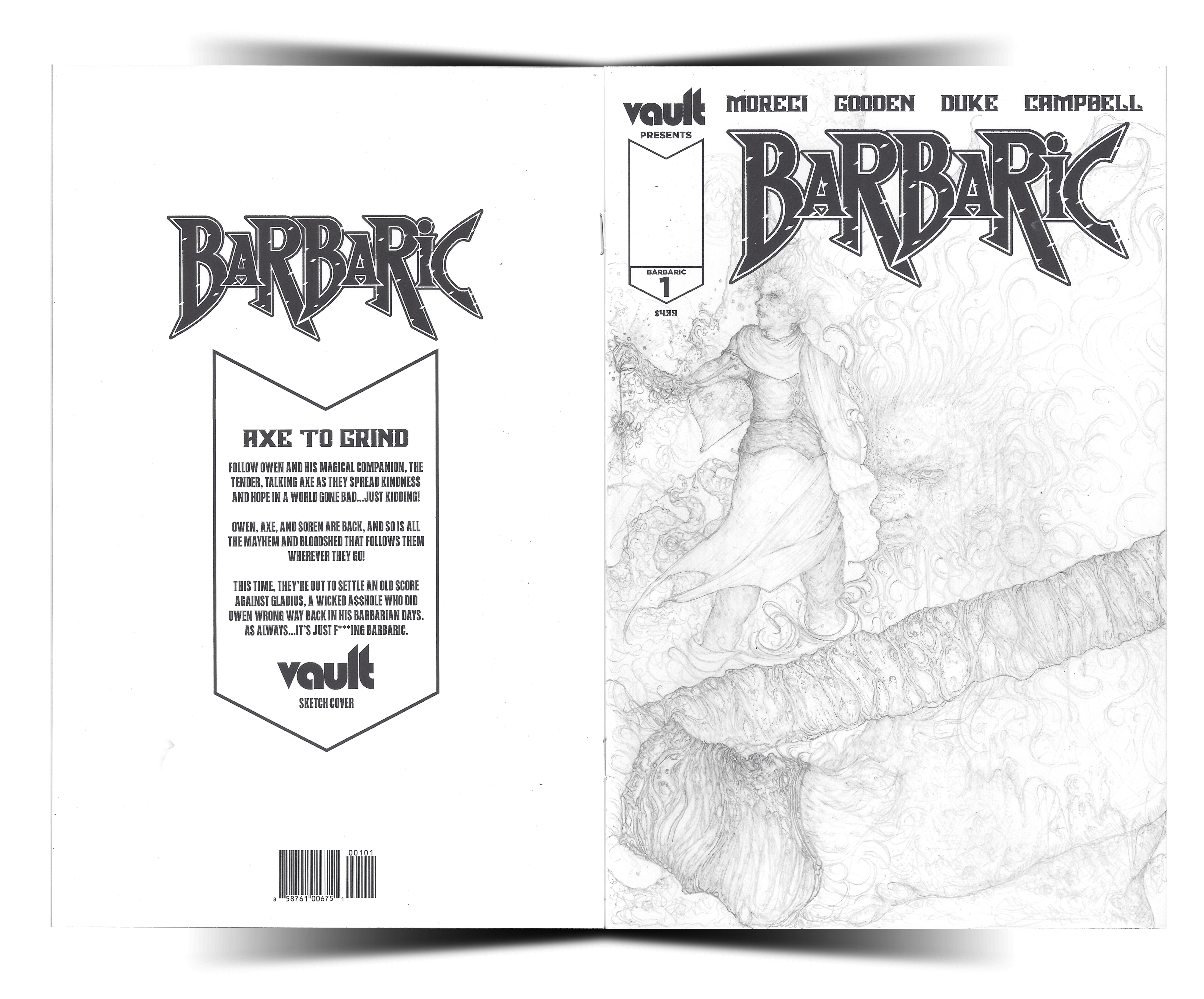 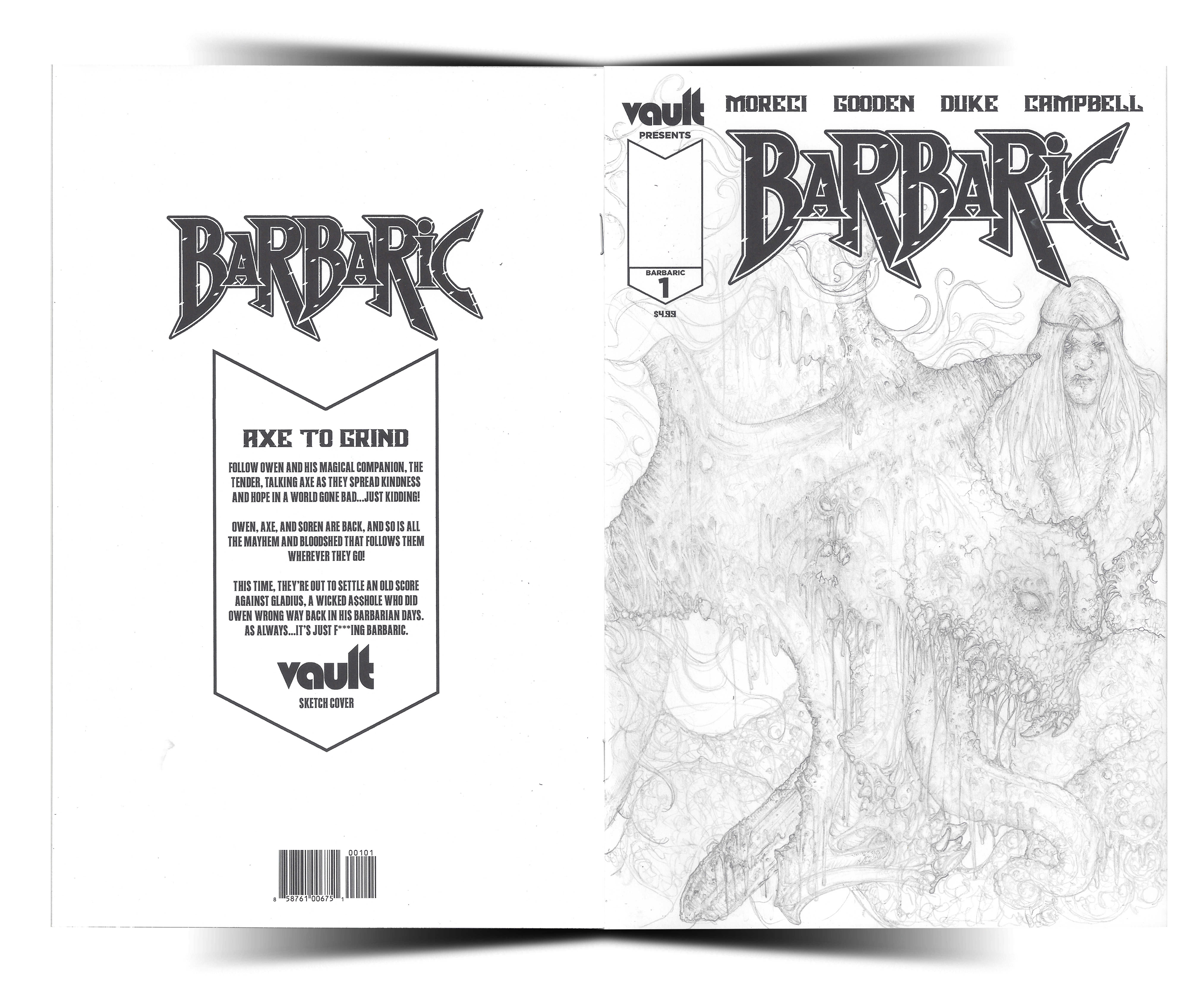 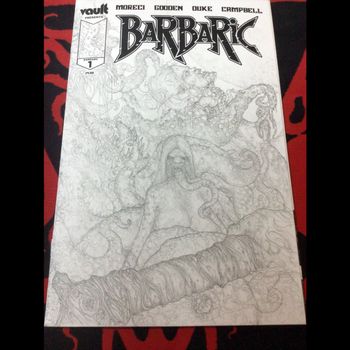 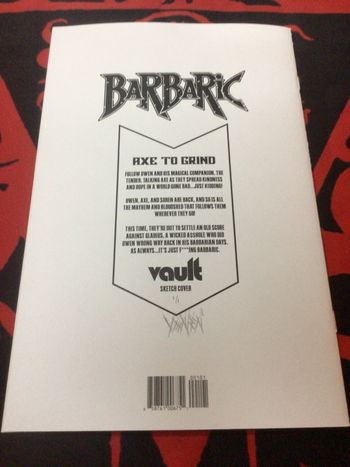 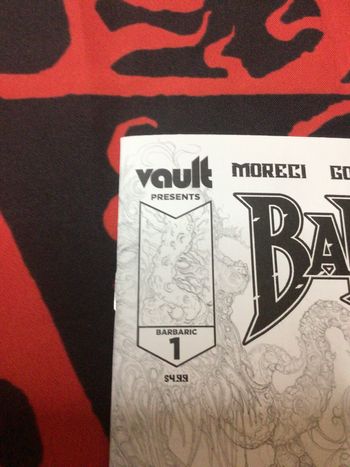 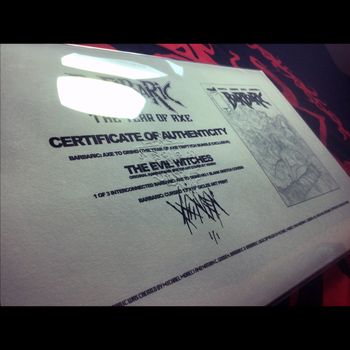 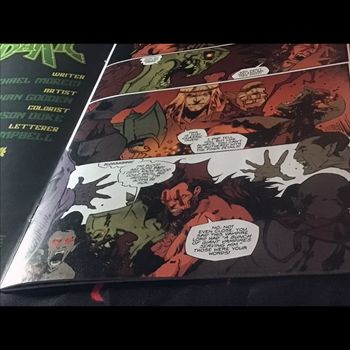 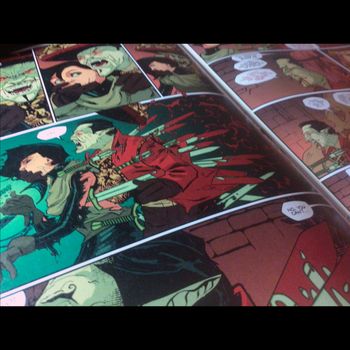 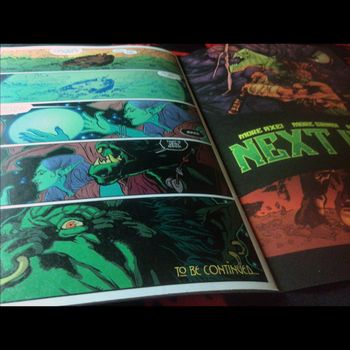 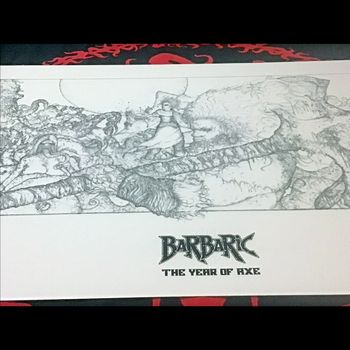 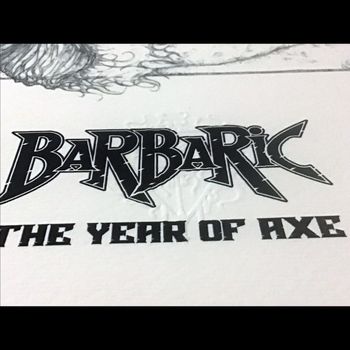 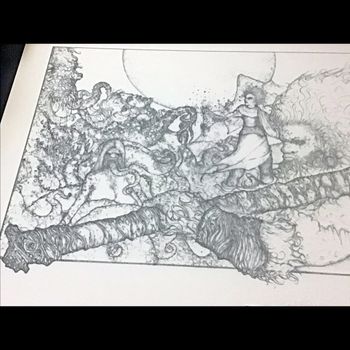 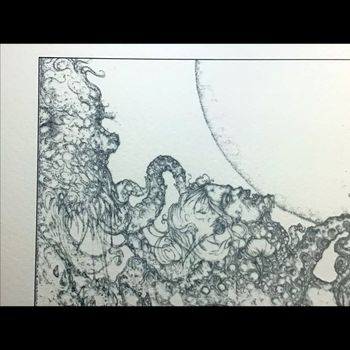 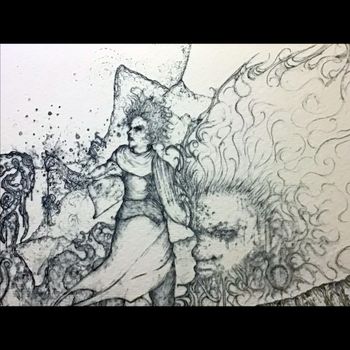 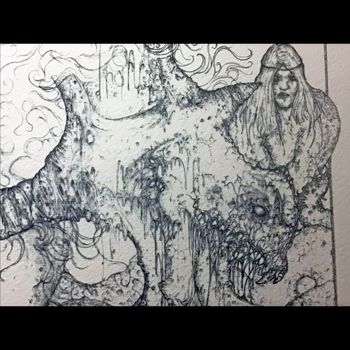 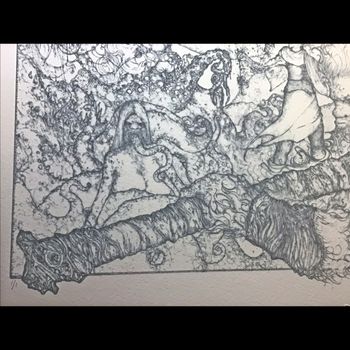 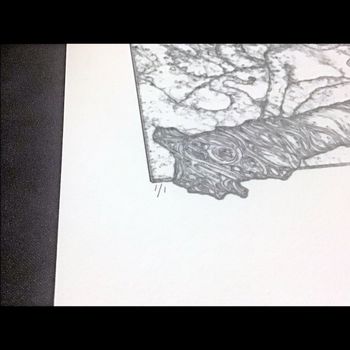 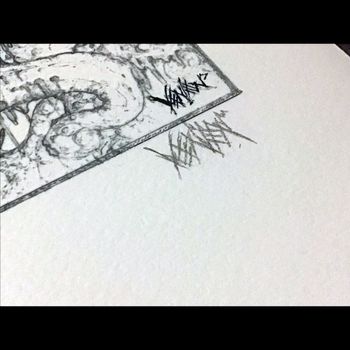 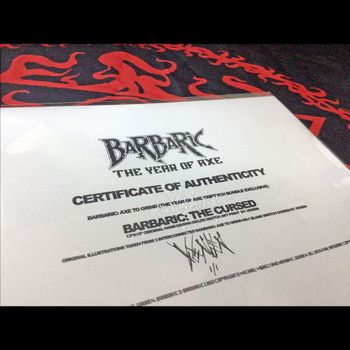 A blank sketch cover is a variant edition to a regular comic book released by the publisher. This type of cover edition is printed with an uncoated paper format for an artist to draw or paint directly on the cover. The blank sketch cover is commonly released as “blank sketch cover variant”. The trade dress (logos and issue number) may or may not be included, even in some cases a watermarked background is included in the design.

Not every comic book is released with a blank cover variant, but commonly the first issue of most new series that are popular will have a blank cover variant or even in some cases a special anniversary issue will get a blank variant release. Again, this is not always the case, especially for those publishers that feel there is a particular issue, arc, or character introduction that would benefit to highlight or promote a significant event in an on-going series. Blanks usually cost more at the retail level and are produced in lower quantity, making them more collectible and in-demand. Blanks are most commonly commissioned by a fan and/or collector to an artist to illustrate on the blank cover.  The artist chooses to pencil, ink, or combination of all or other mediums they prefer as an artist.  Any artist can draw on a blank then self-release it as a one-of-a-kind piece of original hand-drawn art. Comic fans commissioning a blank to be drawn by any artist of their choice and even in some cases the series creator or artist team can either work directly with the artist or not.  Blanks allow the creation of a unique hand-drawn cover to either add to a collectors collection or to be sold back to the community.  Blanks have created a unique connection between an artist, creator, publisher, collector, shop, and most importantly the comic fan.

The unofficial history of the blank comic book cover starts with DC accidentally publishing the cover to Wasteland #6 on Wasteland #5. Wasteland #6 came out, DC released it without cover art, so it had a blank cover. As an honorable mention and not really a blank cover, but Marvel's Generic Comic Book #1 definitely had blank space on the cover but was not what is considered a blank comic cover today. Starting in 1994, DC did a big crossover event called Zero Hour, where the series counted down from #4 to #0, and as the series progressed, the covers got whiter and whiter until the final issue was a blank cover. 1995 introduced J.Scott Campbell's Gen 13 #1 "Draw your own cover" variant, which was considered by many in the comic community to be the first marketed blank sketch comic book cover.  Billy Tucci's Shi comic followed, with many other publishers following the trend to present day.  The blank cover has become a standard practice by many publishers and self-published creators adding it to their titles.

YEAR OF THE AXE
VPBOOKVAULT0001B